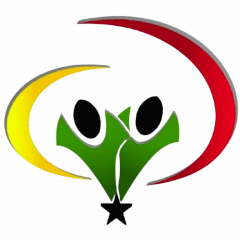 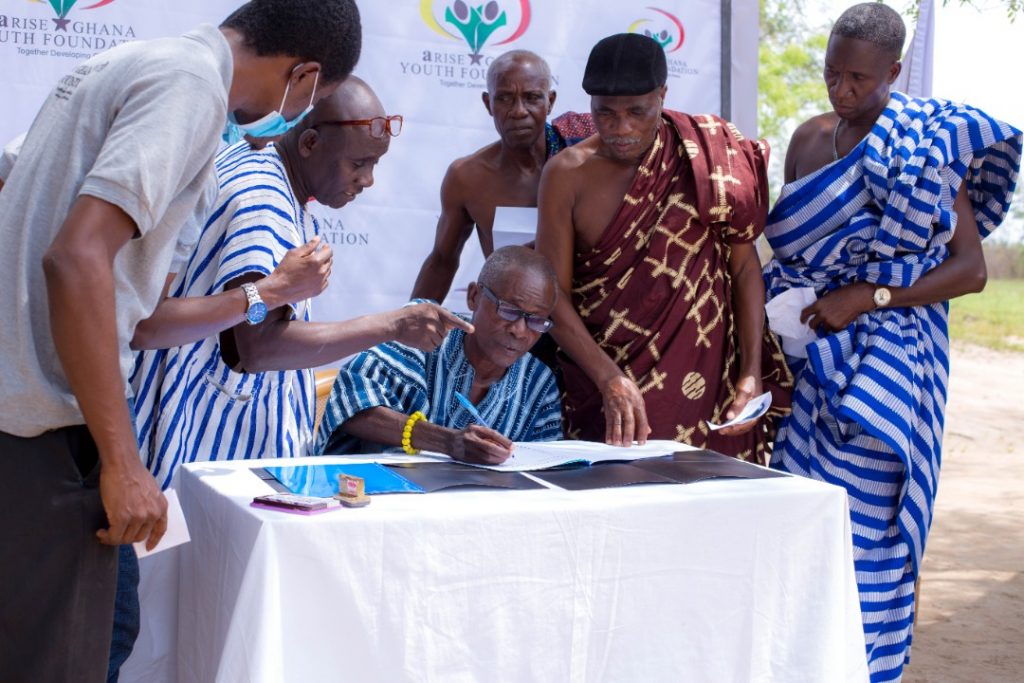 The Arise Ghana Youth Foundation (AGY), a USA and Ghana based non-governmental organization has moved to change the livelihoods of indigenes of Bakpa – Gafatsikope community in the Central Tongu District of the Volta Region of Ghana.

The move, which proposed a partnership between AGY and the traditional leaders of Gafatsikope community is geared toward the eradication of poverty in the locality.

The regent of the community, Togbe Gafatsi IV, together with his elders accepted AGY upon the foundation’s first visit in January, 2022.

AGY, as their module of operation to better the lives of people living in the poverty way of life, requested for land to begin an Agricultural project (in the community, and) for the community. The arrangement is such that the project (business) will be executed for, and in the name of the community. It believes that investments made should be able to yield dividends that can pay salaries of indigenes who will work on the project, maintain the project, and produce even more to be ploughed back for expansion and greater benefits.

It has been agreed by both parties that chili pepper and maize farm should be cultivated to commence this life-long partnership. A forty (40) acre land has been offered to the foundation to this effect.

Signing of the M.O.U.

On Saturday February 26, a beautiful ceremony was held to mark the signing of the Memorandum of Understanding (MOU) between AGY and the Bakpa – Gafatsikope Community, toward the start of the proposed Agricultural project.

Speaking in an address on behalf of the Founder and President of the foundation, the Country Director, Mr. Evans Akuamoah thanked the Chief and People of Bakpa – Gafatsikope for welcoming AGY into their community, and consenting to partner the foundation. He stressed that, the onus lies on them to help AGY help them realize the goal of changing livelihoods for the better. He also mentioned that poverty can be a thing of the past if only we are committed to the course of eradicating it, by quoting the late former president of South Africa, Nelson Mandela that “Like slavery and apartheid, poverty is not natural. It is man-made, and it can be overcome and eradicated by the actions of human beings.”

For his part, Togbe Gafatsi IV, regent of the Gafatsikope community pledged his support to AGY and every project (the foundation) seeks to undertake. He admonished his subjects to get behind the foundation for a successful partnership that promises to be beneficial to the community and their future.

Representatives from AGY and from the Bakpa – Gafatsikope traditional leadership then took turns to append signatures to the MOU on the Chili Pepper and Maize farm project.

– Here is How To Find Bluetooth Received Files In Windows 10